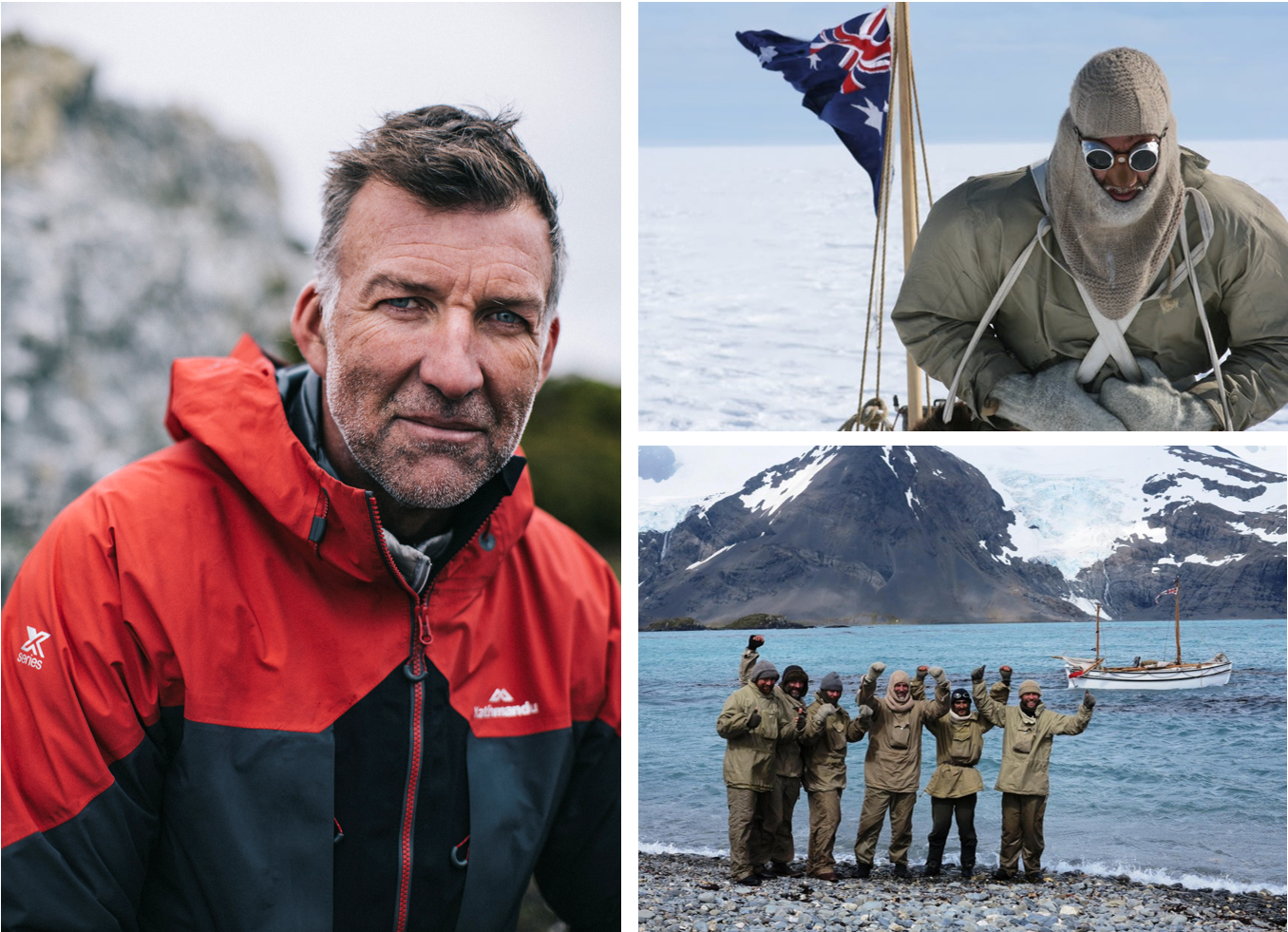 He has worked in sustainability for over 25 years including 9 years in a global sustainability role for engineering firm Arup, and as sustainability adviser for agencies including AusAID, the World Bank, the Murray Darling Basin Commission and Dept of Agriculture Fisheries and Food. He also provides strategic and practical sustainability advice to a range of organisations. Current roles include Global Brand Ambassador for clothing retailer Kathmandu, Vitality Ambassador for global health insurer AIA, and Environment Ambassador for BGIS and Steadfast Insurance. He is also founder founder of the Forktree Project that is restoring a degraded former Australian pastoral property to combat the twin threats of climate change and biodiversity loss and presenter of Thin Ice VR – a film project that uses ground-breaking virtual reality to show climate change in Antarctica.

Honorary roles include Vice-President of Fauna & Flora International (Sir David Attenborough’s environment charity); Global Ambassador and Governor of WWF, Ambassador to Koala Life and inaugural Environment Director of the Wildlife & Conservation Film Festival, Oceania. He is also head of the adventure advisory panel of the Australian Geographic Society, on the Society’s advisory board, and the current explorer in residence at the Australian Museum. Former roles include Patron of children’s charity Nature Play and board member of Zoos SA – Australia’s most conservation-focused Zoo.

Tim has undertaken unsupported expeditions to the world’s most remote regions, and has a long history of working with sponsors and the media. Expeditions include to the South Pole, the high Arctic, across Australia’s largest desert, the Great Victoria and retracing the polar journey of Sir Douglas Mawson using only the same gear, equipment and starvation rations as Mawson did in 1913. The documentary - Mawson Life and Death in Antarctica was flagship of the Film Australia ‘Making History’ series, and fronted Channel 4’s highly acclaimed ‘Edge of Endurance’ series in 2007. Expedition patrons were Australian Prime Minister the Hon John Howard and Sir Ernest Shackleton’s grand-daughter the Hon Alexandra Shackleton.

In 2013, Tim led the first authentic retracing of polar explorer Sir Ernest Shackleton’s “double” - sailing a replica James Caird boat 1500kms across the Southern Ocean from Elephant Island, Antarctica to South Georgia and climbing over South Georgia’s mountainous interior using the same rudimentary equipment, period clothing and technology as Shackleton. Regarded by many as the greatest survival journey of all time, this is the first time since Shackleton that anybody has been able to authentically recreate it. A Discovery Channel/PBS documentary film and best-selling Harper Collins Book Shackleton’s Epic: Recreating the World’s Greatest Journey of Survival were made about the expedition.

After over two decades of polar travel and work as an environmental scientist, Tim is a well-known public speaker, applying the lessons he has learned throughout his various expeditions to talk about leadership, problem solving, teamwork, change management, goal setting and sustainability.

In addition to Shackleton’s Epic, Tim’s books include The Unforgiving Minute (Random House) and Mawson: Life and Death in Antarctica (MUP), released in conjunction with his international documentary film of the same name and officially endorsed by the United Nations Environment Programme in 2009. He is co-author of the academic book The Frozen Planet (Open University, UK) jointly released with Sir David Attenborough’s BBC TV series.

Tim was conferred a Member of the Order of Australia (AM) for services to environment, community and exploration in the 2010 Australian honours list and was made a Fellow of the Yale World Fellows Program 2009 for his leadership in the field of environmental sustainability. He holds the record for the fastest unsupported journey to the South Pole and was voted both the Australian Adventurer of the Year in 2013 and Conservationist of the Year in 2016 – the only person ever to receive both awards.

In 2013 he received the Sydney Institute of Marine Science’s Emerald award for services to the environment and the Royal Institute of Navigation’s Certificate of Achievement as Expedition Leader of the Shackleton Epic Expedition. In 2017 he was made a Bragg Fellow by the Royal Institution of Australia – RiAus’ highest award that recognises excellence in scientific achievement and commitment to science communication. Tim received the prestigious Bettison James award 2016 for documentary film-making for his current project, 25Zero that highlights climate change through the plight of the world’s melting equatorial glaciers.